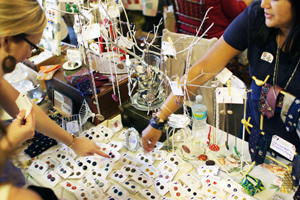 There’s a hint of fall in the air and that means it’s time to start accepting applications for this year’s GLAM Craft Show. The show will take place on Sunday, Dec. 6 from 10 a.m. to 4 p.m. at the Historic GRU Operations Warehouse in downtown Gainesville.

We’ve made a few changes in how we’re setting things up this year, so if you’re a repeat applicant, be sure to look over the application form carefully. The biggest change is that all booth spaces will now be outdoors. Booth vendors will have the option to bring their own pop-up tents, if they choose.

The good news for shoppers is that the new venue allows us more room, so we expect to have even more amazing vendors for you to choose from. And that’s a happy thing.

We’re beyond excited to announce that GLAM Craft Show will be returning to downtown Gainesville in 2015! Save the date for Sunday, Dec. 6 from 10 a.m. to 4 p.m.

We are working with the Gainesville Community Redevelopment Agency to bring GLAM to a warehouse in the Power District (see it on a map here). The space has the same cool industrial vibe as the airport hangar and just as much indoor space, plus tons of onsite and nearby parking. It will also be within walking and biking distance for many of you, just like the old days.

There are a few other exciting development we’re working on, but we can’t share the details just yet. In the meantime, we’ll be working with the CRA to get the space cleaned up and ready for the public. It’s going to be great!

The call for vendors will go out this week, so please stay tuned. 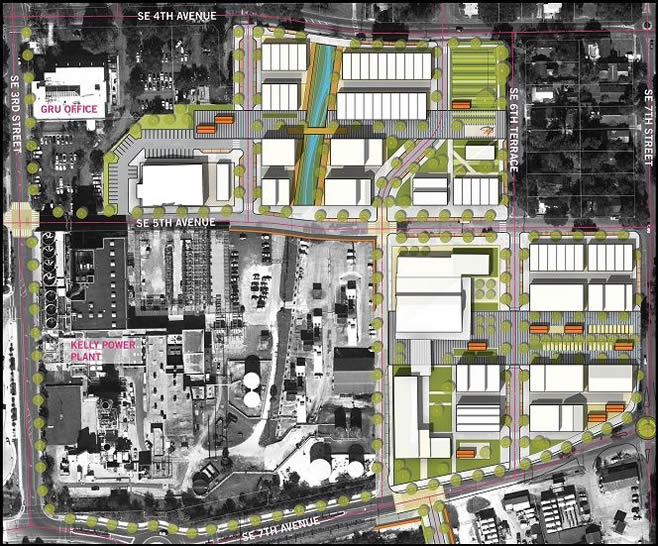 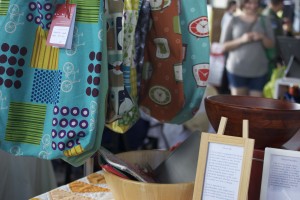 It’s only July, but it’s never too early to start thinking about the holidays. Please mark your calendars for GLAM Craft Show 2014 on Sunday, Dec. 7 from 11am-4pm at the historic Mustang Hanger near Gainesville Airport. As always, we’re planning to have food & drinks, music & fun, and of course a great line-up of unique, giftable items from local artists, crafters, and designers. Stay tuned!

If you’re interested in applying to be a vendor at GLAM, the call for vendors will go out in late summer. Sign up for our mailing list using the box on the right or check back here for more information.

GLAM Craft Show will take place this Sunday, December 8 from 11am to 4pm at the Historic Mustang Hangar near Gainesville Regional Airport.

We have 70 vendors who’ll be there selling everything from fun clothes and felted food for kids, to fish-head belt buckles and hand-forged knives for dads.

Some vendors are even offering special deals available only at GLAM.

Have limited time to shop? Order online today through the Thrive Handcrafts website using the code GLAMpickup and you’ll skip shipping costs and have a quick pick-up at GLAM.

Want a personalized gift? Sweetwater Organic Coffee Company will adapt the label for their popular “Good Morning Gainesville” roasted coffee to wish a good morning to anyone you choose, delivered right to their door in time for the holidays.

The DJs from WGOT will also be there spinning tunes, taking donations, and selling t-shirts. They’re also looking for people interested in doing new shows since they’ll soon have a lot more airtime to fill.

And don’t forget — Celebrations Catering will be on hand selling tasty treats, beer, and wine. Where else but GLAM can you can stroll around with your favorite drink in hand while doing your holiday shopping? Certainly not at the mall.

Hope to see you there!

Edited to add: Spellbound Dance Arts is also offering a deal on pre-orders. Use the coupon code GIFTGIVING on an order of two or more custom decorated hoops, then put “GLAM” in the message to seller and you’ll get 25% off and receive a refund on your shipping.

Here’s a sneak peek of what some of our talented artisans will have for sale at GLAM Craft Show 2013 on Sunday, Dec. 8. For a full list of vendors, check out our vendors page. 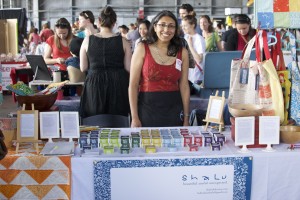 Are you a local artist or crafter? If so, consider applying to be a part of GLAM Craft Show 2013.

We’re looking for potential vendors who offer unique, giftable items that will appeal to discerning shoppers who expect high-quality, handmade products. Vendors who make items for guys, kids, and pets are especially encouraged to apply.

Our vendors consistently rate GLAM Craft Show as one of the best shows in the North Florida area, both in terms of fun and profitability.

This year, GLAM Indie Craft Show will take place on Sunday, Dec. 8 at the Historic Mustang Hangar. The call for vendors will go out in late summer. If you’re interested in staying in the loop, please add your name to our mailing list using the box on the right. Hope to see you there! 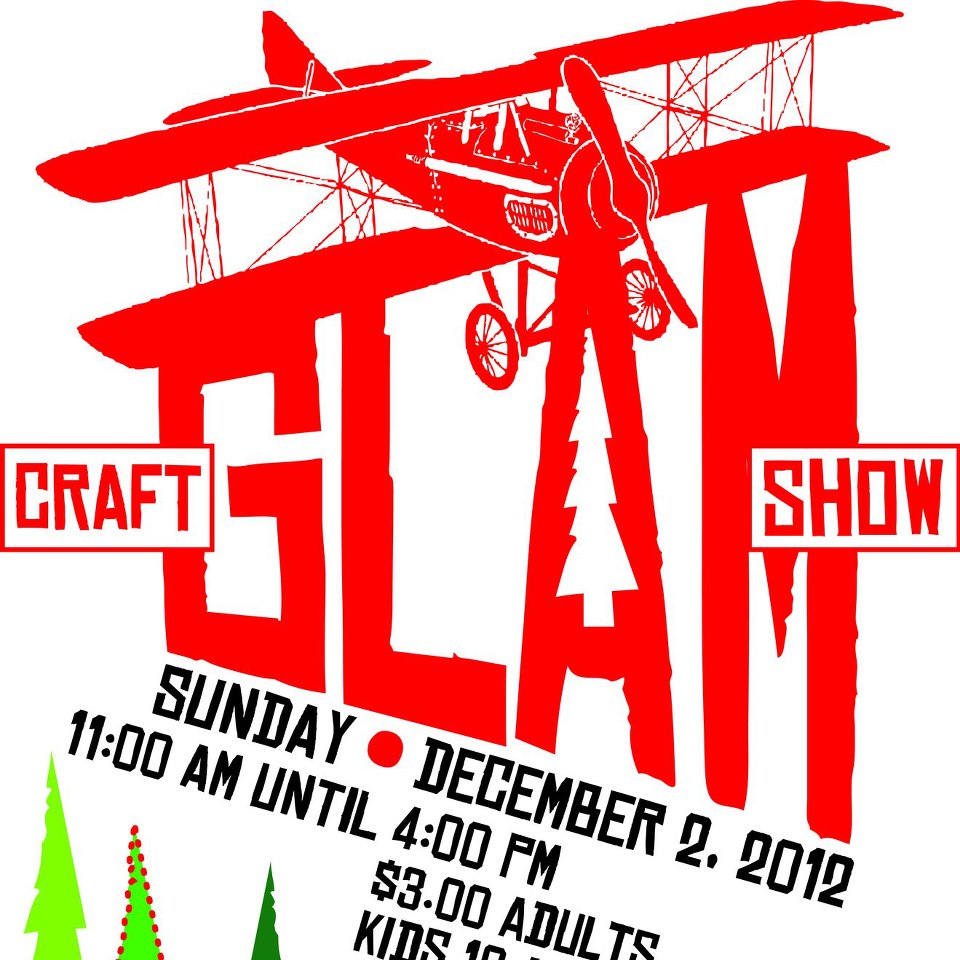 GLAM Indie Craft Show is this weekend! Fly on over to the Historic Mustang Hangar on Sunday for a one-of-a-kind holiday shopping experience featuring 70 local artists and crafters.

We’ll be playing some holiday music to get you in the mood, and Celebrations Catering will be selling snacks and refreshments, including beer and wine. Where else can you enjoy a beer while you tackle your holiday shopping?

If you’re planning to come, please let us know via our official Facebook event page. And while you’re at it, why not invite your friends to join you? It will be the most fun you’ve had holiday shopping in a long time — we promise!

Need help getting to our new location? Just click on the map to the right for directions. 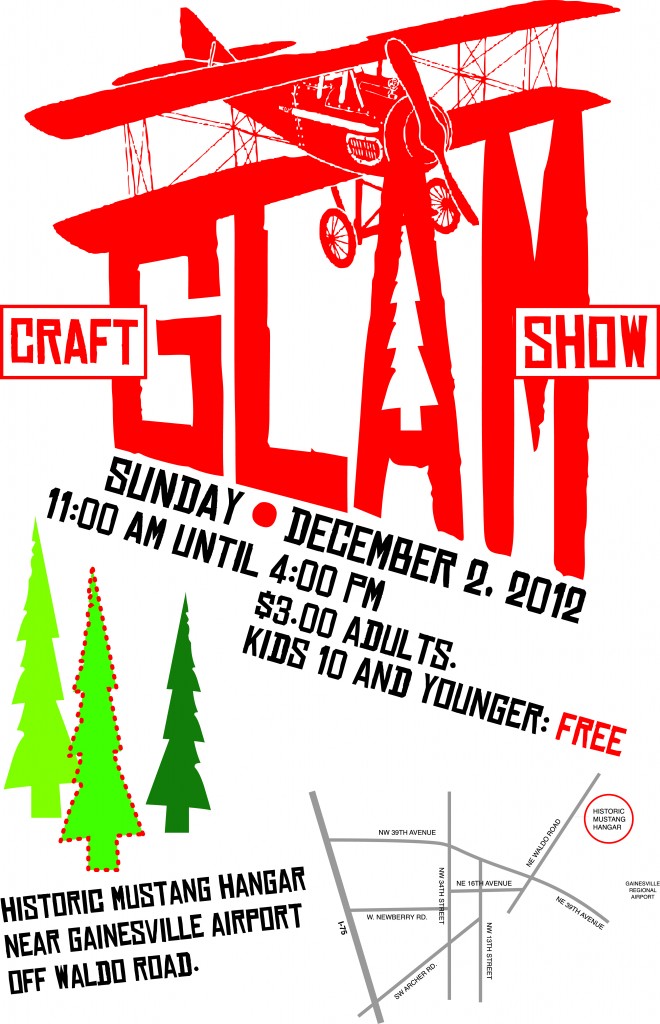 The official vendor list for the GLAM Indie Craft Show 2012 is now posted on the Vendors page. Curious to see what the vendors will have for sale? Head over to the Vendors page and check out the links to the vendors’ websites to get a taste of what they’ll be offering.

We’re also tickled pink to announce that we have several brand new vendors this year, including several who make guy-related items like pipes, knives, and wallets. We’ll also vendors selling jewelry, homegoods, paper crafts, baby items, pet products, and more. It should be a great show! 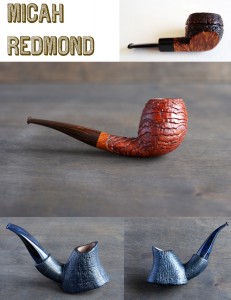 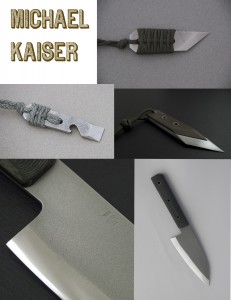 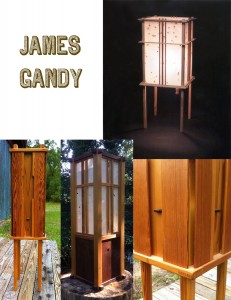 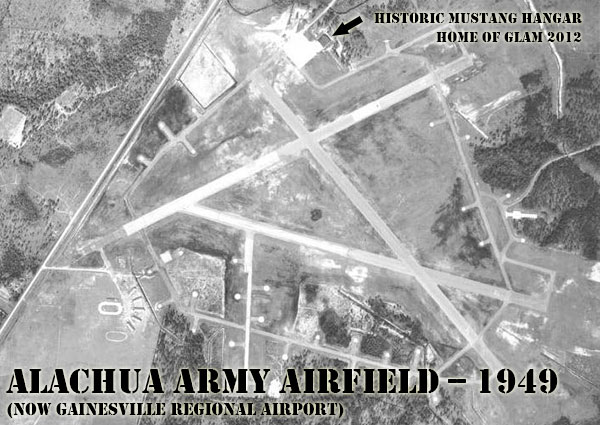